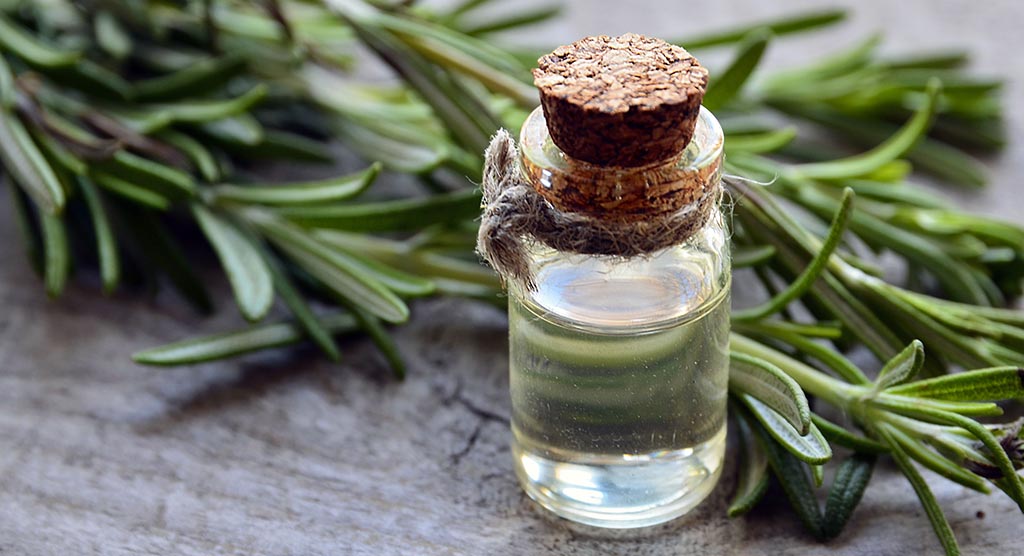 WHAT: Rosemary (Rosmarinus officinalis), a fragrant herb related to mint, has long been used to alleviate muscle pain, boost the immune system, enhance circulation, improve memory, and promote hair growth. As a source of iron, calcium, and vitamin B6, rosemary has been hailed for its medicinal properties since ancient times. Rosemary is also useful for enhancing food dishes with its unique piney flavor, and for creating perfumes, soaps, and cosmetics. Rosemary is recognized by its long, flat, thin green leaves. This herb can be prepared as a dried whole plant, a powdered extract, or a liquid extract.

ORIGIN: Rosemary is native to dry, rocky areas in the Mediterranean, mostly on the coastline. It’s a hardy herb that does well in pots and planters. It cannot withstand harsh winters and is typically found in sunny environments with well-drained soil, next to breezy oceans such as on the coast of California. It’s relatively easy to grow and cultivate indoors or in a home garden with protection from winter and is found in many places around the world. It’s a popular choice for personal herb gardens and can be used fresh, dried, crushed, or frozen.

HISTORY: Rosemary is a popular and almost magical herb and is often worn by brides in weddings. Coined the “Dew of the Sea” for its delicate blue flowers and affinity for wet environments, rosemary has a long history that spans thousands of years. Ancient Greek and Roman gardens often included rosemary bushes, which were believed to protect people from evil spirits. This culture held that it could only grow in the gardens of the righteous. Roman armies brought rosemary to Britain, and the herb eventually made its way to the New World.

The first herbal book printed in English, Blanckes’ Herbal, was published in 1525 and includes a description of rosemary’s cosmetic uses. It states that boiling the leaves in white wine and washing the face with the brew gives a “fair face” and smelling rosemary preserves youth. It also accredits rosemary for its topical application to soothe gout (or arthritis) by boiling the leaves in water and binding them in a linen cloth around the affected limb.

Dr. Nicholas Culpepper, an English botanist, herbalist, and physician wrote in his book Pharmacopoeia Londinensis (1653) how he used rosemary as an “admirable cure-all” to remedy the loss of memory, headache, cold, and even coma. He stated that it restores body function and capabilities, even at a late age. Rosemary is mentioned often in famous literature, including Shakespeare’s Romeo and Juliet and Hamlet, and as the herb used to awaken Sleeping Beauty. Rosemary is still used in weddings and funerals alike, signifying romance, respect, and remembrance.

HEALTH BENEFITS: For centuries, the primordial Mediterranean herb rosemary has seen the inside of apothecaries and health centers due to its myriad of health benefits. Traditionally, people have used rosemary to improve memory; relieve muscle spasms, aches, and pains; reduce inflammation; support the circulatory and nervous systems, and stimulate hair growth. Applied topically to the skin in an oil, rosemary is used to treat rheumatoid arthritis and muscle pain. It increases circulation and blood flow.

Even so, Europe, the German Commission E approves the use of rosemary for indigestion or dyspepsia. The Commission examines the efficacy and safety of herbs and approved rosemary for treating indigestion. As a wind-relieving herb, rosemary can calm an upset stomach when eaten or brewed into a tea. Rosemary is a carminative herb, meaning it can relieve indigestion, low stomach acidity, and heartburn, especially when there is excessive gas.

Clinical studies prove that rosemary acts as an inhibitor of food-borne pathogens, having an antimicrobial effect. When rosemary leaf powder is added to food, it inhibits pathogens such as B. cereus, S. aureus, and listeria monocytogenes. Rosemary has several important nutrients, including vitamin A, vitamin C, manganese, iron, fiber, and calcium. These nutrients serve as antioxidants, promoting healthy skin and increasing protection from lung and mouth cancers. Several studies have connected rosemary to antitumor properties.

Rosemary also contains carnosic acid, which a study published in Cell Journal states may be useful in fighting off radical damage in the brain. Studies continue today that examine rosemary’s possible affects on neurodegenerative disorders such as Alzheimer’s disease. Use of rosemary during aromatherapy can relieve stress, reduce migraines, boost concentration, and aid memory, especially when combined with lavender.

#1: Rosemary’s primary feature in skincare and natural cosmetics is the herb’s ability to remove the appearance of excess oil. It has a natural astringent property that freshens up oily skin and hair without causing dryness. Facial cleansers and natural cosmetics with rosemary help with oily skin without using harsh chemicals. Instead of leaving your skin dry, which causes excess oil production, breakouts, and a greasy appearance, rosemary removes oil gently and naturally.

#2: When topically applied as an ingredient in natural cosmetics, Rosemary’s anti-inflammatory qualities eliminate puffiness from under the eyes due to age or a restless night by stimulating circulation. Rosemary reduces redness and swelling, such as from wind-burned skin. Increased circulation restores skin’s natural elasticity, lessening the appearance of sagging and wrinkling skin to provide a firm, toned, and healthy complexion. Antioxidants in rosemary slow down the effects of aging, helping tighten skin and reduce fine lines. Rosemary can also reduce acne and blemishes due to cell regeneration properties that effectively eliminate the appearance of scars, spots, and sun damage.

#3: The same blood circulation stimulation that improves the look of skin can also reduce hair loss. Rosemary has been used for centuries to prevent hair loss, stimulating hair growth through increased blood flow in the scalp. Massaging the scalp with rosemary extract or rosemary shampoos can prevent hair loss and promote new growth – ideal for men with male-pattern baldness or women with thinning hair.

STUDIES: In a 2014 study published in the U.S. National Library of Medicine National Institutes of Health, scientists tested rosemary’s effects on the skin. Rosemary contains caffeic acid and rosmarinic acid, two compounds with an antioxidant effect. The study shows that rosemary extract is effective in preventing skin conditions such as photo-aging and photo cancers caused by chronic UV radiation exposure. The same study also finds that the antibacterial properties of rosemary essential oil create “significant changes” in the size of acne and blemishes on the skin.

A study from 2013 also praises rosemary for its antioxidant activity, evaluating its effectiveness in multiple tests. This study found that applying rosemary essential oil helps fight skin aging due to its antioxidants. It identifies rosemary as one of the few plants that affect skin elasticity and tightness, providing a natural way to reduce the appearance of fine lines and wrinkles. The study found that rosemary, along with several other plants, has valuable cell renewal properties, inflammatory responses, and antioxidant defenses on the skin.

Recently, rosemary generated a lot of buzz for its potential to increase cognitive performance, even for degenerative diseases. A study in 2012 looked at the relationship between rosemary essential oil and human behavior, using rosemary aroma on test subjects. The study concluded that performance of cognitive tasks is “significantly related” to exposure to rosemary aroma, with higher concentrations producing greater performance. The study found that rosemary aroma improved thought process speed and accuracy.

TOXICITY & PRECAUTIONS: Rosemary is a time-honored herb used for numerous health conditions and beauty treatments. However, herbs can have side effects and interact with other supplements, medications, or herbs. Take rosemary with care, and always speak with your health care provider before beginning a regular rosemary supplement or treatment. There are reports of allergic reactions to rosemary. Pregnant and nursing women should avoid taking rosemary as a supplement because of its abortifacient properties, but it’s safe to eat on food and use topically in natural cosmetics. The EWG’s (The Environmental Working Group) Skin Deep Cosmetic Database safety ranks the ingredient rosemary in the “green zone”, with an overall toxicity ranking of 1 out of 10.